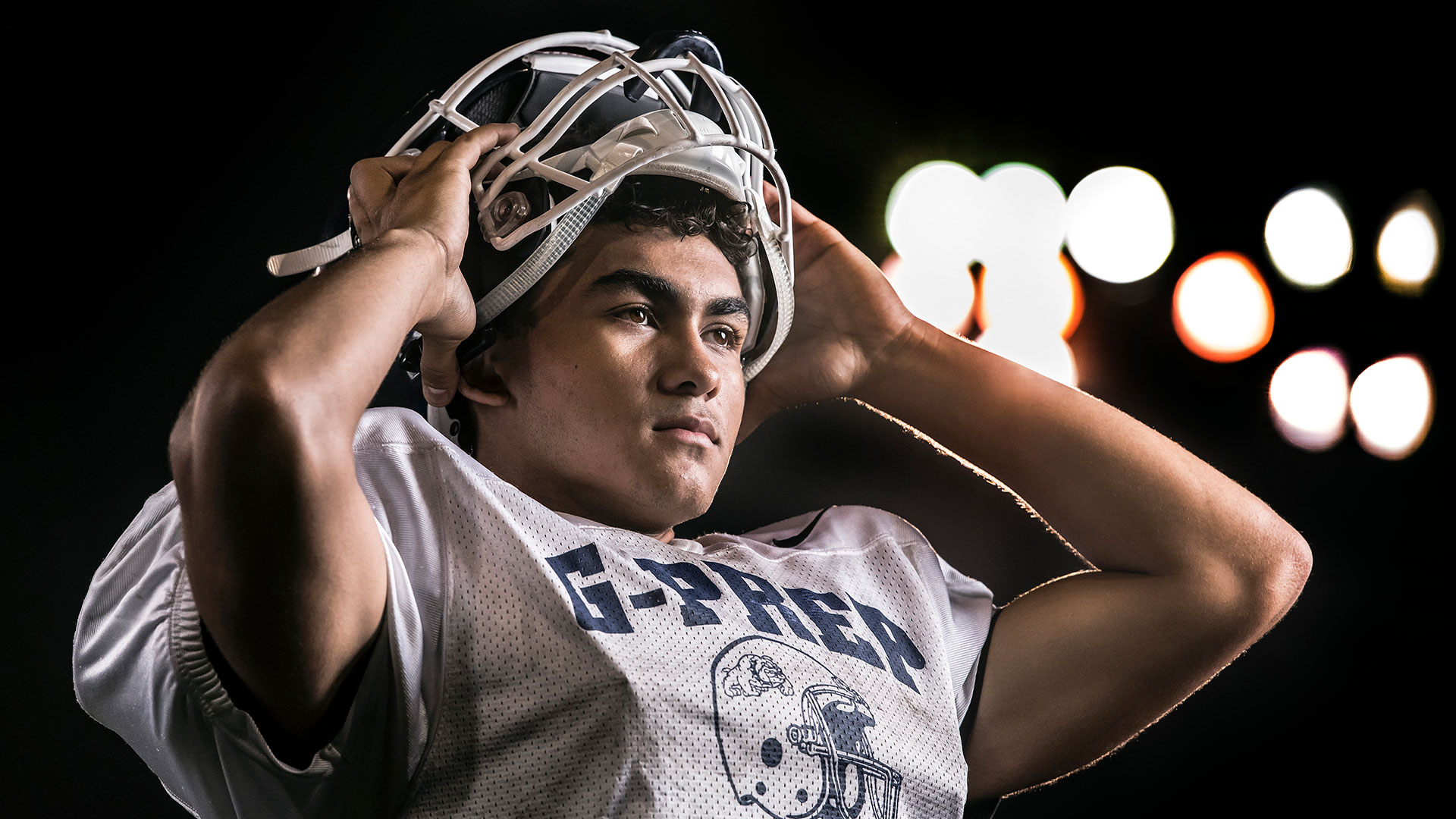 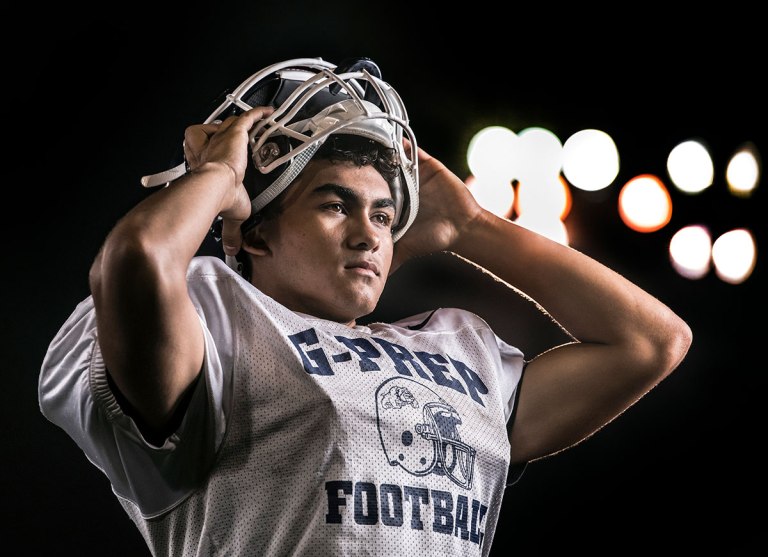 I shot this portrait of a local high school football quarterback just after a night practice. I used the school stadium lights in my composition to add some drama.

For lighting, I used a Westcott 3-foot Rapidbox Switch with a Profoto B2 as a key light on camera right. For the edge lights, I used two Profoto OFC 1 x 3 stripboxes with B1 heads camera right and left and slightly behind.

The pose was pretty organic. As Connor took off his helmet, it looked  kind of  iconic in my mind. I just had him hold this pose. I only had a few minutes to work, as the coach said he needed to turn off the lights on the field.  My first frames I shot had the key light straight on to the subject. The light was flat and uninteresting. After I  moved it more to the side, it gave me a pleasing short light pattern on his face. The little Rembrandt triangle under the left eye made all the difference in this portrait.

I had shot a different photo before this one where I needed the ambient of the bleachers to show. In my hurry to get this shot, I forgot to lower my ISO back down.  To cut the flare of the lights, I just raised my shutter speed in high-speed sync mode up until is was tamed.