In this editorial portrait I had a few challenges to overcome. One was the background, which was in full sunlight. The other was the subject was in shade. Were talking a five stop ratio or more. I didn’t want to do a complicated lighting set up here, so I chose my Godox AD200 paired with my Westcott 26-inch beauty dish positioned camera right. If you read my last post about the editorial portrait of the woman with the horse, I said I wished I had more sparkle in the face. On that photo, I used the panel diffusion on the beauty dish. For this photo I took it off. The silver interior gave me a harder light, which gave shape to my subject’s face.

I shot in TTL mode with high-speed sync enabled. I found I needed to bump my flash exposure up a stop to balance the light better with the background. I made that adjustment right from my Godox X1n trigger atop my Nikon D5 camera.

I love how the strobe brought out the colors of the old truck and sky. I hardly had to do any adjustment in the Photoshop. 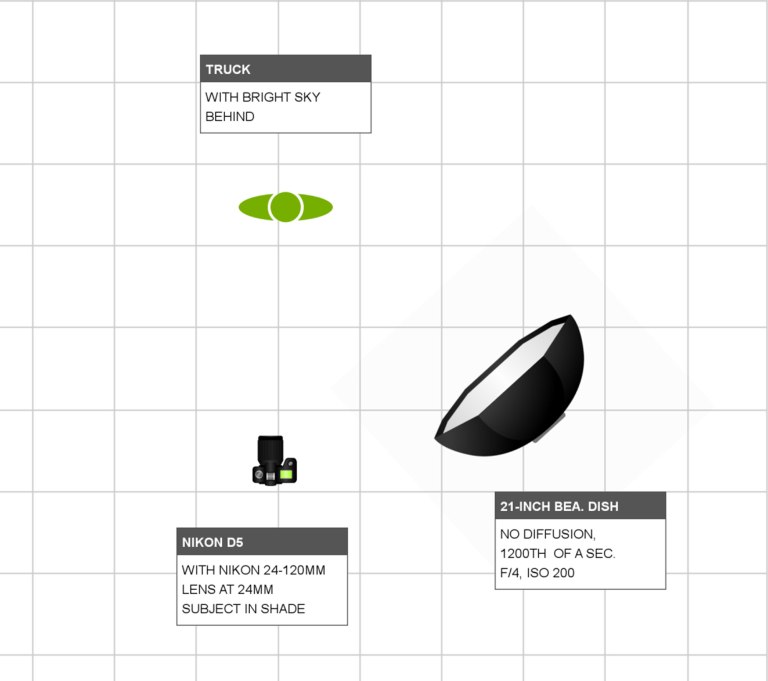 Using sun, ambient and flash together